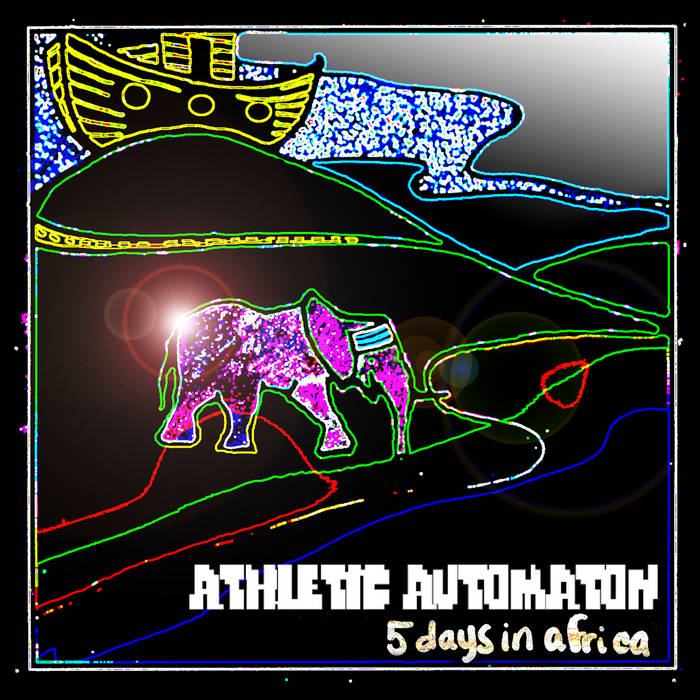 mightydwarf2007 One of the greatest noise rock albums ever made, by human or animal. Favorite track: Marathon Mammal.

o "Athletic Automaton's debut full-length is making my palms (and ears) sweat as we speak. Of the bands that have splintered out of the Providence, Rhode Island, implosion that was agro-fuck pukes Arab on Radar's demise, Athletic Automaton rules my world the most, rocking a sick dynamic that is all about sustain and twisting your mind and expectations past the breaking point. Their riffs and grooves are minimal, the lyrics occasional, and the tension they bend a most welcome constant." - Skyscraper Magazine

o "Everything is big here, and when I say big I mean humongous. Like otherworldly big. In a live setting, you'll go deaf or walk out with a headache the size of a planet." - Deaf Sparrow

o "Like watching the capuchin monkeys of Saskatchewan beating a piñata with lengths of the province's indigenous bamboo. Imagine the glee with which they anticipate delicious banana taffy melting in their mouths. Imagine their screams of terror when the papier-mâché bursts and releases millions of giant, hissing cockroaches that devour them all. Who's the taffy now, monkeys?" - RFT Weekly