A Journey Through Roman's Empire 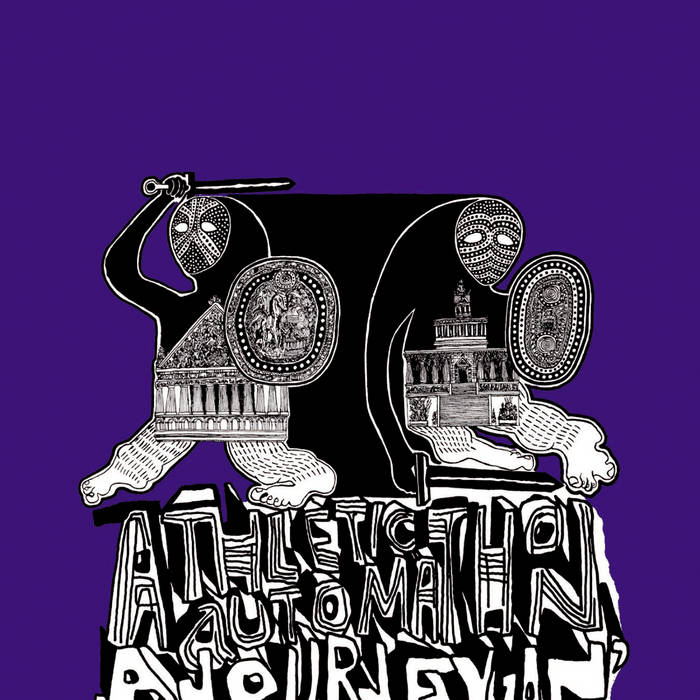 "Dressed in basketball jerseys, short shorts, and knee socks, and with flowing manes held back by terrycloth sweatbands, Athletic Automaton command attention through the sheer force of their personality before they even pick up their instruments. As a duo, they add up to something rather deadly, like a seventies-era gym class gone somehow horribly wrong. Or maybe horribly right. - Skyscraper

On their second full-length album "A Journey Through Roman's Empire" ATHLETIC AUTOMATON devolve without diminishing. Songs and instrumentation alike have been reduced to key components, stripped bare of pretense until only the core remains; evaporating the distance between listener and band.

This is minimalism set on heavy and trance gone sour. While deceptively simple and repetitive, the music is never rigid, never complacent or familiar. Alternately a swirl of precision, and a countercurrent of resistance, Athletic Automaton are unafraid to find virtue in the accidental, while remaining purposeful and determined.

Here, Donald Duck riffs dribble past sprinting rhythms - and asthmatic guitars swarm landscapes that bark back in opposition. "A Journey Through Roman's Empire" is a psychedelic coliseum of reverse intonation, rooted in Pittsburgh circa 1972, an audio sport the likes of which has never been heard before.

PRESS QUOTES:
o "Calisthenics become repetitive exercises of sonic torture, as the sweaty duo engages in musical drills designed to sap the energy of even the most fit and healthy listener" - Dusted Magazine

o "Athletic Automaton is making my palms (and ears) sweat as we speak... Their riffs and grooves are minimal, the lyrics occasional, and the tension they wield - a most welcome constant." - Skyscraper