The Next World EP 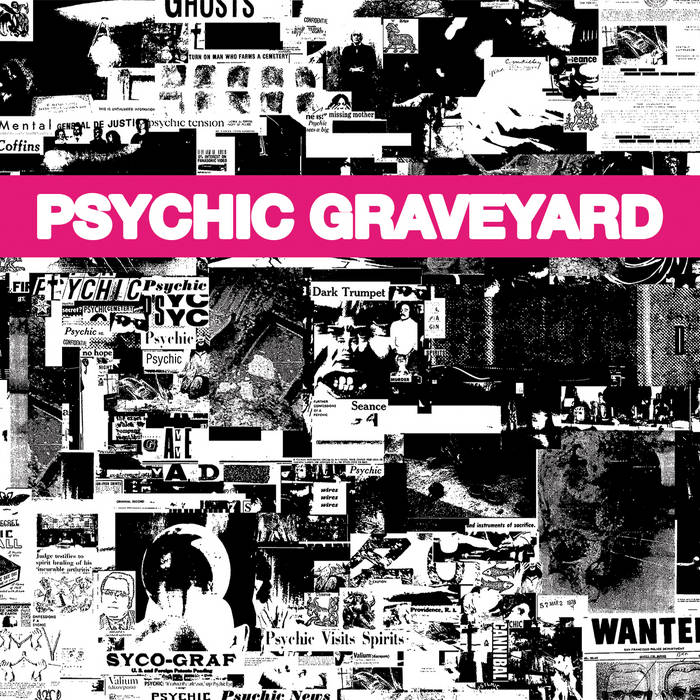 SEE The NEXT WORLD video at ALTERNATIVE PRESS!:
www.altpress.com/features/psychic-graveyard-the-next-world-video/

"...formerly of noise-rock greats Arab On Radar, he and the rest of the group have not mellowed." - BROOKLYN VEGAN

"If you want to hear the future now, here it is." - GET INTO THIS

"The pulse lies in the minimal, but forceful thump of the drums and the thick veneer of synth tones… it’s industrial, menacing, and claustrophobic...” - BOSTON HASSLE

BREAKING: “The recently formed four-piece will tour the UK and Europe in support of “Loud As Laughter”. - THE QUIETUS

“The Next World”; the new Five Song follow up EP to Psychic Graveyard’s debut album “Loud As Laughter”; finds the band taking new risks and marks a startling leap forward. Founded by noise rock pioneers Eric Paul (Arab On Radar, The Chinese Stars, Doomsday Student), Paul Vieira (The Chinese Stars, Doomsday Student) and Nathan Joyner (Some Girls, All Leather, Hot Nerds), Psychic Graveyard have slipped past the boundaries of genre, interpenetrated the digital and physical realms and pieced together the soundtrack to the new aesthetic. According to the band, the process of writing “Loud As Laughter” involved constant exploration - at points the album focused heavily on guitars and live drums, at others - the songs were constructed primarily with synths, found sounds and synthetic beats; but with the “The Next World” EP all of these disparate elements have coalesced into a cohesive, unmistakable sound.

After a series of remix singles, the band elected to bring in an outside party to enhance the EP’s original tracks. “The Next World” was mixed by Seth Manchester of Machines With Magnets , a studio known for working extensively with The Body, Lightning Bolt, Battles, Fang Island, Daughters and Deer Tick to name a few. A music video of the title track, directed by Eric Livingston (Dead Cross ), will premiere this summer in advance of a West Coast tour.

Recorded by Psychic Graveyard on both coasts.
Mix and additional drum recordings by Seth Manchester at Machines With Magnets
Mastered by Nathan Joyner