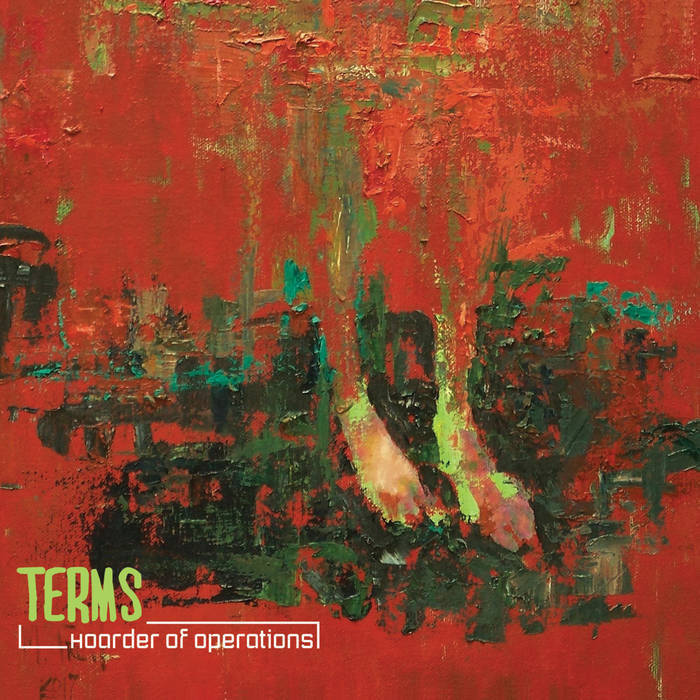 Can This Even Be Called Music?

TERMS, a socially-distanced band, deals in dissonance. Arriving by way of Tampa Bay, Florida and St. Louis, Missouri - TERMS is Danny Piechocki and Christopher Trull - and "Hoarder of Operations" is their SKiN GRAFT Records' debut.

Having served in acts such as Grand Ulena, Jitters and Yowie, TERMS bring a wealth of experience and a hearty dash of the unexpected to the operating table. The title track "Hoarder Of Operations" offers a taste of sounds to come - an altogether different version of the song is being readied to appear on a forthcoming full-length. This EP rendition features an alternate mix and an entirely different drum performance.

"Heal My Borings" and "Who Will Save The World From Art?" are newly updated mixes of songs the band previously self-released. Both feature new drum performances - and all three tracks were mastered specifically for this EP by Todd Rittmann (Dead Rider, U.S. Maple) in Chicago.