by Made In Mexico 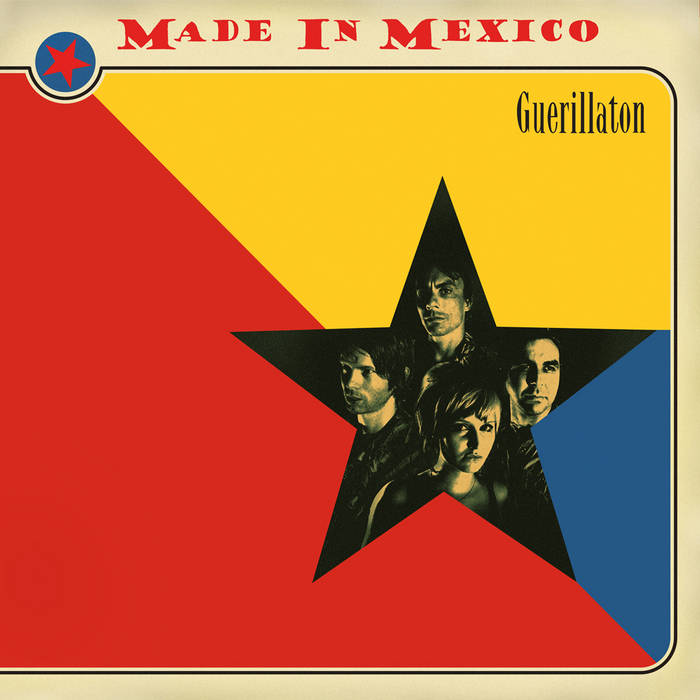 Short description: Providence-based No Wave influenced punk, combined with Reggaeton sounds.... Like Teenage Jesus and the Jerks mixed with Calle 13, or Daddy Yankee. Post-Punk with a Dem Bow beat, and a revolutionary flavor… the soundtrack to Simon Bolivar’s march through The Americas.
includes former members of La Machine, and Arab On Radar. Guerillaton is the highly anticipated follow up to MADE IN MEXICO's debut LP "Zodiac Zoo". Available on compact disc and as a limited edition Diecut Gatefold Vinyl LP.

o “For those of you scoring at home, my favorite song in the entire game {Guitar Hero II} is "Yes We Can" by Made in Mexico. - ”Wil Wheaton
[Wesley Crusher, Star Trek: The Next Generation]

o “Vocalist Rebecca Mitchell alternately speak-sings in dry detachment or warbles and shrieks like Diamanda Galás (with Lydia Lunch's range) in a back alley brawl. The guitar sounds like it's being swung around by loosened strings, the bass like it's being hit with a rubber mallet, and the drums like they're being used as trampolines by a free jazz maniac attempting the Stooges catalog. And if the above descriptions sound appealing -- and they're not meant to discourage -- then this album will not disappoint. Made in Mexico is a catharsis for misanthropes and stress-cases everywhere, and is guaranteed to rile the savage beast in all of us.” - All Music

o ”A completely fucked-up "psychedelic" rock band, giving your ears a bad LSD trip from hell…. I listened to made in mexico's songs, and i bled from the ears.”– UrbanDictionary.com

Recorded at Machines With Magnets