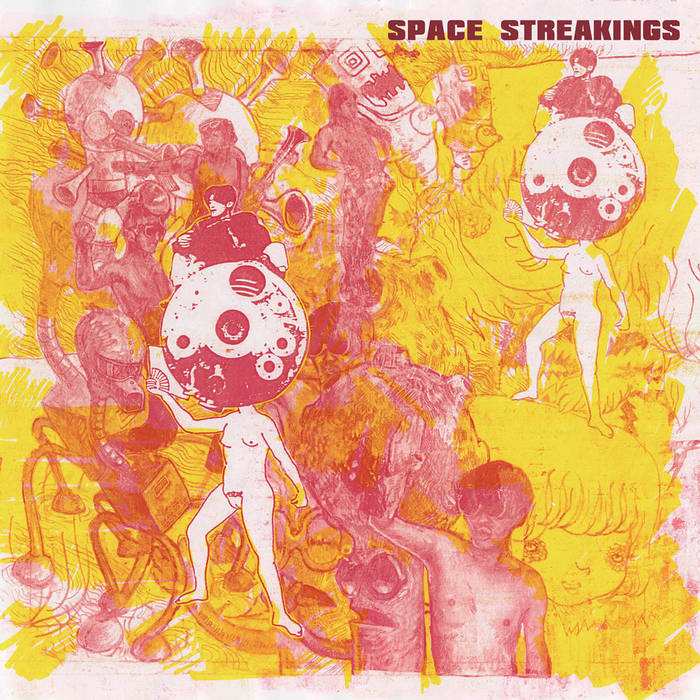 Ashhhhh The most amazingly jarring open to any album, ever. Favorite track: Dream Dump Island 夢の島.

pissin in your elevator

"In the quarter century that’s followed the release of their debut LP, there has never been another band that sounds quite like Japan’s SPACE STREAKINGS".

ABOUT SPACE STREAKINGS:
Inexplicably catchy Hyper-Disco Grindcore (sporting an industrial-sized dollop of alien hip hop, and a healthy dose of “WTF?”), Tokyo's SPACE STREAKINGS hit overdrive time and time again, blurring the line between man and machine in the race to the last groove.

“The story of their formation, as well as their real names are a complete mystery (although rumors swirl that all members of the band originally worked as video game programmers), though they were probably the only band ever to utilize a gas powered guitar.” - I Heart Noise

“With a cast that reads like a badly translated film festival, Space Streakings creates hyper-speed meltdown noise, a thick hysterical barrage of galloping electronic percussion, horns, whistles, samples and shouted Japanese vocals, achieving a disjointed level of frenzy that suggests a flooding factory full of workers scrambling for the exits in a blind panic. Far more boisterous than American industrialists, the quartet rushes in and around its tracks layering bits on to a point of distraction in which chaos would come as a welcome relief.” - Trouser Press

The Hammer and The Relentless from the Boston band Malleus stop by for a chat.