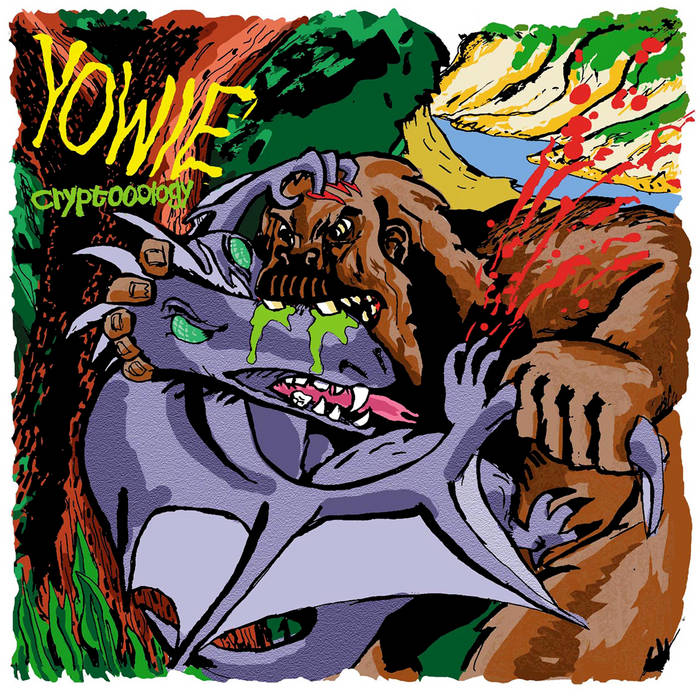 Its profound geographical isolation makes Australia an unlikely habitat for a missing link that could exist for millions of years without being documented by science, especially since no primates are indigenous to the continent. Nevertheless, the land down under claims its own version of Bigfoot, the Yowie. The creature's long history can be traced back to aborigine legends. An aborigine folk tale explains that when their people first migrated to Australia thousands of years ago, they encountered on the new continent a savage race of ape-men. The aborigines' ancestors went to war against the ape-men, and in the end the humans triumphed, thanks to their ability to make weapons. - Bigfoot Encounters

Three years in the making, Cryptooology, Yowie's debut album, is an album at war. Yowie, a dual-guitar and drums trio from St. Louis, have been stunning audiences with their incomparable barrage of sonic kung fu. They accelerate the progressive-rock rhythmic sensibilities of RUINS and MAGMA and mutate them with the shriekier side of BIG BLACK and SLAYER. The band incorporates many variations in time signature, tempo, and tuning, to create a virtual audio maze, but no matter how complex things get their compositions remain cohesive and compelling.

In 2004, with their debut album still being recorded, the strength of Yowie's live show alone garnered them a nomination in The Riverfront Times' 2004 St. Louis Music Awards, alongside local acts as diverse as Nelly and Chuck Berry to Jay Farrar and Chingy.

The Yowie has yet to be found in Australia, but can be found touring the U.S. in support of Cyptooology. Enter the venue at your own risk.