by The Chinese Stars 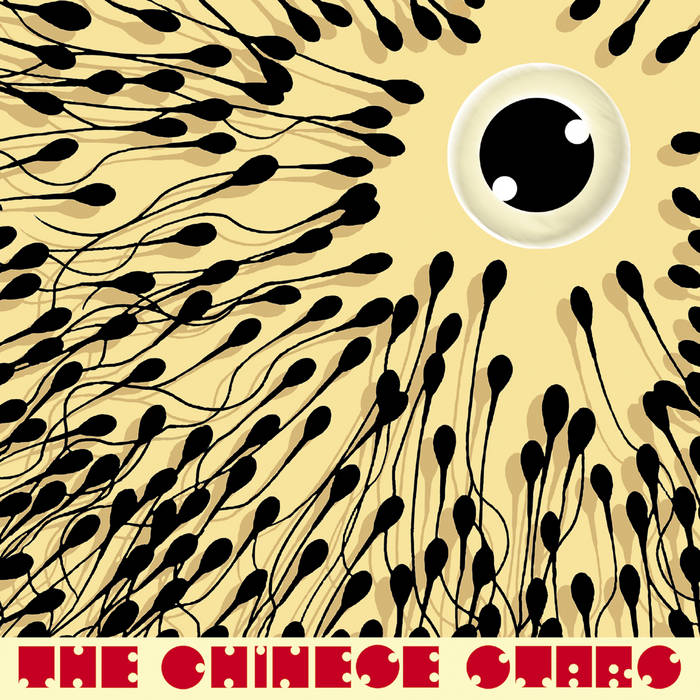 Formed from the charred remains of Arab On Radar and Six Finger Satellite, "Turbo Mattress" (the band's debut) is the Chinese Stars' most abrasive, harsh recording, harkening back to the members' previous acts while laying the groundwork for the band's signature disjunct new wave sound. Christened after the "Chinese Star Epidemic" of the early 80's which found legions of grade school kids across America armed with "shuriken" throwing stars, the band pledge to follow in this tradition: terrorizing parents, authority figures and the psyche of the free world.

o "The music on their Skin Graft debut, Turbo Mattress, keeps the beats as jerky as a racecar driver with the e-brake on, with guitar noise as jumper cables and Paul's surreal lyrics as a hallucinogen--fans of a more fucked Ex Models aesthetic, take note." - The Stranger

NOTE: This title has been issued in three variations:
1) As a round "tour only" CD (sold out)
2) First official pressing - a weaponized star-shaped CD (sold out)
3) A limited edition TRANSPARENT CD (in-stock)

On the heels of the new album from The Chinese Stars, "Listen To Your Left Brain", Skin Graft proudly re-presents the band's debut CD "Turbo Mattress" in a new edition. Previously available as a "weaponized, chinese throwing star - shaped CD", "Turbo Mattress" was quick to sell, but also proved problematic for those wishing to play the disc in front feed CD players, CD changers or darn near anything other than a tray loading disc player. So for this new edition, Turbo Mattress has been pressed on a TRANSPARENT CD - maintaining the illusion of a chinese throwing star with the added bonus of being playable on all CD players and drives!