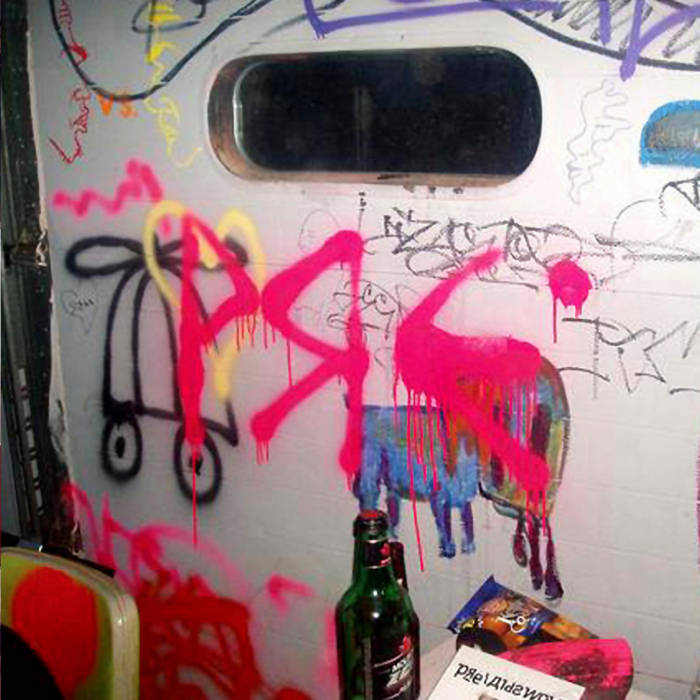 No-Core's M*P* Lockwood on the philosophy of "Pre-____" as championed by Tom Smith of To Live and Shave in L.A.: "Post-____" music styles are always more cerebral, less physical, more “informed” and less “inspired.” See for example post-punk, post-hardcore, and (your best example) post-rock.

“Pre-” music styles are all about original, instinctive expression.

In the band PRE, you’ve got 2 super-bouncy bass guitars leading things, plenty of punk speed, and yelped lyrics that sound like a looser version of Melt-Banana’s Yasuko. This music is definitely more about physicalism than intellectualism.
.........

It's been nearly two years since the release of PRE's second album “Hope Freaks”. Since then, the boys of PRE have continued to play hooky with their band Male Bonding over at Sub Pop, while vocalist Exceedingly Good Keex has kept busy with her band Comanechi, and a multitude of extra curricular activities including a stint in 4ADs Big Pink and a collaboration with Richard Kern. Fans of London's no wave titans had begun to fear that they'd heard the last of PRE, but this September, all fears can be put to rest as the band unleashes their long-rumored, but previously unconfirmed "Third Album".

Renowned for their concise, rapid fire, sugar high approach to song-writing, PRE return with five songs (laid down with "Hope Freaks" producer extraordinaire Steve Albini) - for the first ever 7" vinyl "LP" in history. In addition to these five new songs, the band has assembled eight additional rare and unreleased tracks for a special extended edition CD.

o This is music dedicated to fast satisfaction; it is the fizz and the caffeine of a thirty-two ounce energy drink. In fact, Hope Freaks propelled me on my last run far and beyond my typical three miles, and into the outer limits of an eight-mile excursion that I thought was really only possible by statuesque people who wear those hydration fanny-packs. (Of course, I am now nursing shin splints, which I fully blame Pre for.) Pre managed, after all, to do something that not many noise acts are capable of: they’re stuck in my head, even as I sit on the couch and ice my shins.” - Feminist Review

o “If Pre are worried about anything in particular — and it doesn't’t seem likely — it’s letting that gut-level thrill die. With most tracks clocking under two minutes (and the album itself clocking in at fewer than 20), Hope Freaks is impeccably concise, as though recognizing that at any greater length it might not be able to sustain its continual in-the-red urgency, that the thrill might lessen. Hope Freaks is a desperately cynical album that nevertheless contains some of the most electrifying noise rock released this year.” - Tiny Mix Tapes

o ”The tracks on Hope Freaks are so feverishly, intensely immediate that you get the distinct impression you're host to some epic schizophrenic opera. When, really, you're on Track 5. But it sure as hell feels like you never left Track 1. Which is probably a good thing. Anybody who remembers the Ramones, with any degree of affinity, knows that they pioneered a rapid-fire approach to song structure that clocked in at under three minutes and, in most cases, usually far less. That same waste-no-time snatch-it-fast style is present here and works just as effectively.” – Katori Magazine

Recorded by Steve Albini in Chicago