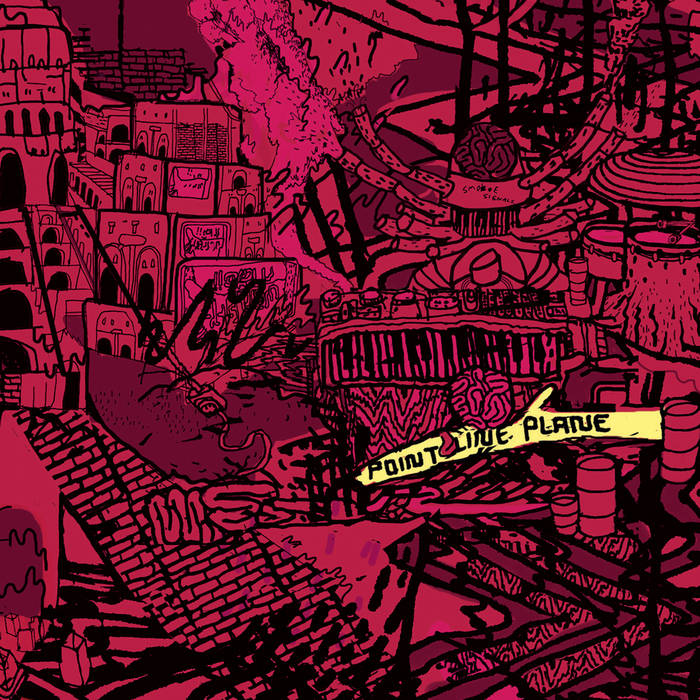 Point Line Plane began as a synth/drums duo creating noise music with pop hooks and touring the US relentlessly. As electro continued to fizzle out and screamy dance-punk/neo-no wave enjoyed a brief spike of popularity, kids and college radio DJs took note of Point Line Plane's eclectic and original style, often contrasting the sound to other innovators like LIARS, EX MODELS, and LIGHTNING BOLT. Actual comparisons were hard to draw however; reviews in print and online found writers grasping for metaphors rather than listing influences.

In two short years, Point Line Plane played over 100 shows and continued to hone their near-telepathic live skills in destructively short 20-minute concert performances. The production of the self-titled album and their subsequent score for the feature documentary film Haunters made it clear that their studio abilities were unquestionable as well. Their sophomore effort and Skin Graft Records debut, Smoke Signals, tackles failed communication in all forms.

While the addition of a third member (and even more synths) could have created a wall of sound throughout, the album is more often reflective of restraint, tension, and drama. Repetition, hypnosis, psychedelia, paranoia, darkness - these are the ingredients of Smoke Signals that combine to form an album that will satisfy extreme noise enthusiasts with its sonic textures as well as fans of more classic songwriting.

FUN FACT(S): PLP's poster artwork weighs in at the largest CD booklet ever produced at Skin Graft - totaling a whopping 18 panels between the two sides!