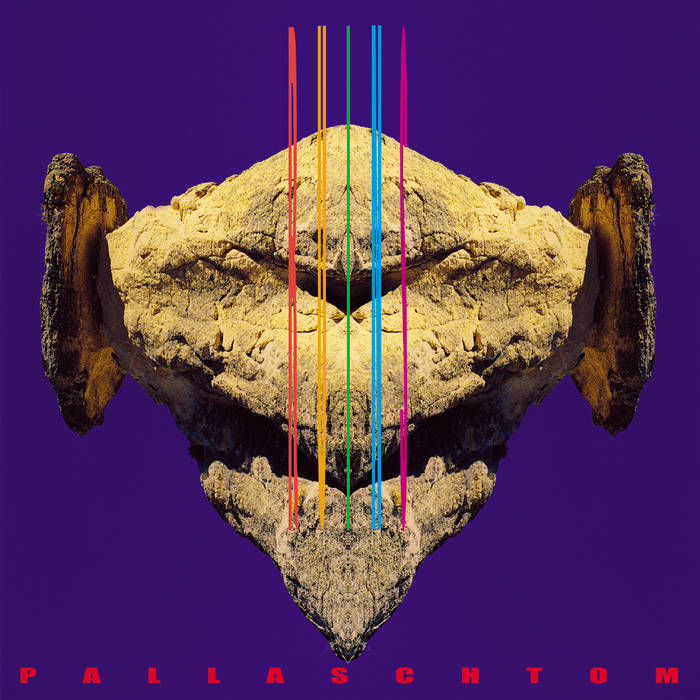 There really is no describing RUINS sound accurately. They play something of a fusion of punk and progressive rock, with an emphasis on everything at once. Almost all of their music features the kind of angular riffs and meter-changes made famous by maligned prog bands such as Gentle Giant and Emerson, Lake and Palmer, but with precisely 0% of the pretension or general pomposity many people associate with that music. Personally, I think it's the best possible thing that could ever have come out of progressive rock. This is hardcore. This is Ruins. -Pitchfork

Pioneers of the Drum & Bass duo, Japan's RUINS are renowned around the globe for their incomparable form of hyper-kinetic hardcore prog rock. Their influence is heard in the music of John Zorn's Naked City, Fantomas, Lightning Bolt, Yowie and a generation of musical freakouts, but RUINS continue to evolve and lead the charge. Pallaschtom further deepens the story as RUINS take a dark turn into an even more tight, seemingly unplayable compositional style, loaded with percussive frenzies, blistering bass guitar contortionism, and inimitable vocal stylings sung in a language of their own invention.

Following the release of "Vrresto", their split 7" and comic set with HIGH ON FIRE, and a cross-country "bassist wanted" summer tour, "Pallaschtom", previously only available overseas, has been extensively remixed & remastered (and in some cases, re-recorded) by RUINS founder Tatsuya Yoshida for it's domestic release.

The album closes with three medleys; extremely popular at live performances, but largely unheard by American listeners: The Classical Music Medley, The Hard Rock Medley and the Progressive Rock Medley, which, between the three, compress nearly a hundred song history of music into just over six minutes, covering Vivaldi, Black Sabbath, Yes and most points in between.