It's In The Pillcase (Single and Comic Book Set) 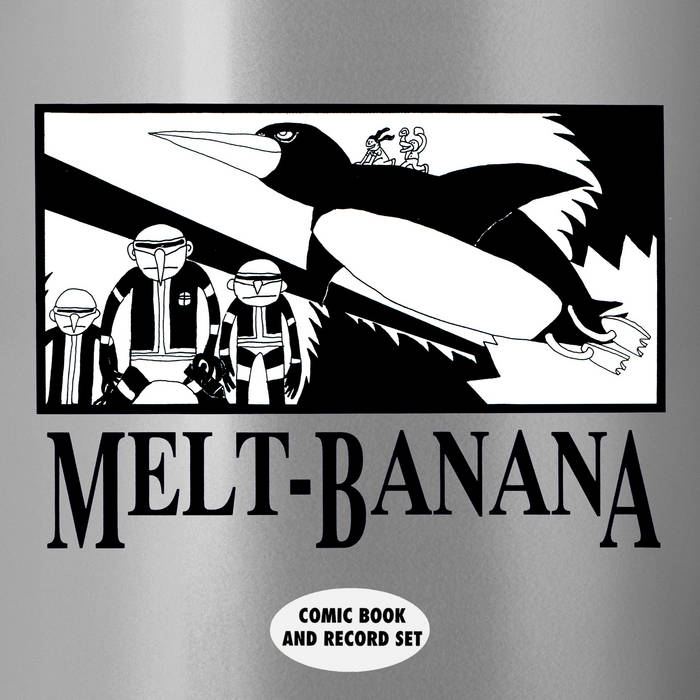 ORIGINAL DESCRIPTION:
Three songs of genre-defying bliss from Tokyo's new heads of class. Recorded by ZENI GEVA's KK.Null, it's so addictive, the record just sucks the needle down into the grooves again and again and again!

"Ichirou Agata’s guitars don’t really sound like guitars. Dentist drills, rayguns, belt sanders? Sure. But guitars? Rarely. In the early days, I’m not convinced they were even played in an actual key. Even on the band’s more stripped-down recordings, there are few moments in which he plays a basic chord. There are couple of those on “It’s In The Pillcase,” one of the most direct, urgent blasts of noisecore on the band’s 1995 album Scratch Or Stitch (and featured in an even more frenetic version on the earlier selfsame SKiN GRAFT single and comic book set), but they’re fleeting, mostly overwhelmed by high-pitched tremolo-picked riffs, pickslides, and high-on-the-neck fretwork. Vocalist Yasuko Onuki holds her own, however, her vocals a fast-moving staccato chant more than actual singing and a piercing counterpoint to the guitars. Taken at face value this might not be too far removed from vintage Napalm Death - whose debut was only released seven years before this track - though Melt-Banana’s interpretation is much weirder and more alien."
- from Stereogum's "30 Essential Noise Rock Tracks"

FUN FACT(S):
+ A different recording of the song "It's In The Pillcase" appears on the LP "Scratch Or Stitch" produced by Jim O'Rourke and Steve Albini.
+ The SKiN GRAFT produced Melt-Banana T-shirts from this period featured this single's cover art on the front and an original design (also by Rob Syers) on the back!