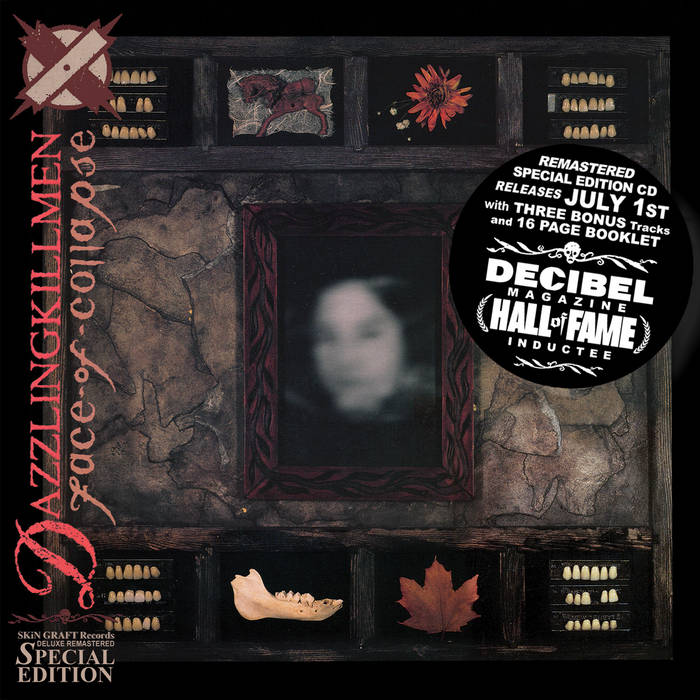 Jeff McLeod This album kills just about anything. One of the greatest things ever!!! Favorite track: Agitator (remastered).

Anthony Rotolo They were so fucking ahead of their time. I'm glad they're getting attention now, because they are absolutely still relevant. Favorite track: My Lacerations (remastered).

JAH Either this or TITD's Willpower represents the peak of noise rock. A perfect album.

Karl Boson Just some of the heaviest, rawest, most emotional shit there is.

NOTE: This listing is for the newly remastered edition - available on vinyl, compact disc and digitally. The original 1994 master recording has also been made available on CD, cassette and digitally - and it can be found at the link: skingraftrecords.bandcamp.com/album/face-of-collapse-original-master

“Face Of Collapse” will be inducted into Decibel Magazine’s “Hall of Fame” series with an extensive seven page feature in the June 2022 issue.

Special Edition bonus tracks include “Medicine Me”, “Poptones” (Public Image Ltd. cover) and “My Lacerations” (alternate version). Collects every studio track recorded by the quartet version of the band.

“Yes” is the easy answer, but only because it’s easy to rewind through two decades of genre fragmentation to hear Dazzling Killmen’s influence on any number of “math-metal,” “prog-core” and similarly classified bands. At the time, however, this St. Louis quartet occupied a genre of one. When SKiN GRAFT released the Killmen’s 1994 sophomore album, “Face of Collapse”, that genre had its touchstone.“
- Excerpt from Aaron Burgess’ liner notes

"The band formed in the St. Louis, MO area, and forged its singular sound with almost no music scene support for such a fringy concept - technically impeccable playing enabling whiplash stop-starts that recalled John Zorn’s Naked City more readily than any rock group one could name, cathartic and discordant guitar stabs, a jaw-dropping rhythm section, arrangements of baroque complexity, and a harrowing, overbearing, inescapable sense of pure dread”. - Dangerous Minds

“Most of the great progressive underground bands of the ‘90s would not exist if it weren’t for them.” - Ben Weinman, lead guitarist & primary songwriter of The Dillinger Escape Plan

Spin Magazine called Blake Fleming one of the 100 Greatest Drummers of Alternative Music; while Fact Magazine named the album one of the Best Post-Metal Records Ever. Guitarist / vocalist Nick Sakes went on to form Colossomite (with Ed and John of Deerhoof) and now performs in Upright Forms. Blake founded Laddio Boloko and then The Mars Volta; while Tim Garrigan and Darin Gray formed You Fantastic! Darin is renowned for his work with Jim O’Rourke, including their bands Brise-Glace and Yona-Kit. Currently Darin performs with William Tyler and recently appeared on The Tonight Show in the band Tweedy, alongside Jeff of Wilco. Tim went on to form the band Skryptor with David McClelland of Craw.

Cover art and design by Paul Nitsche and Mark Fischer