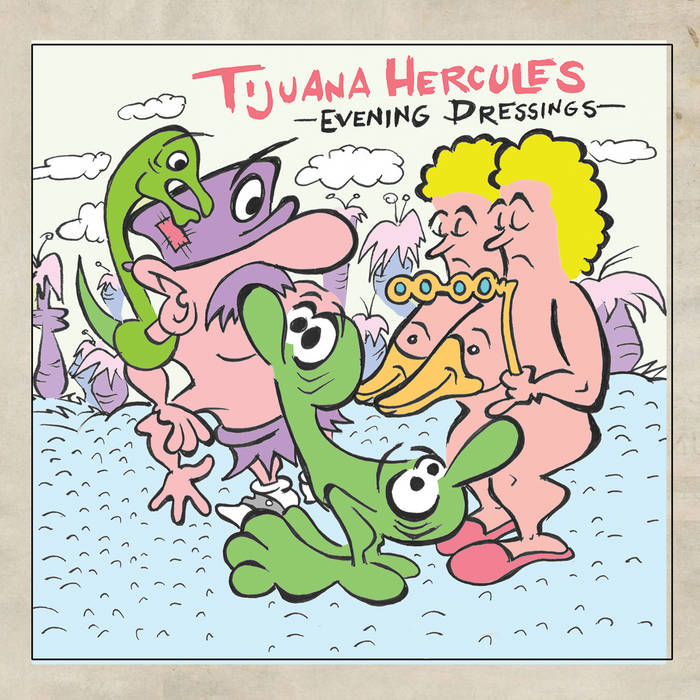 Hailing from the southern regions of the U.S., John Vernon Forbes has a long and storied history of making music, cartoons, and comical mischief. His illustrations recall the golden-age of animation filtered through an absurdist lens - and this love of days gone by is rendered
with a futurist's ear in the blues-tinged music he's been creating for decades.

In Atlanta, Forbes played in Phantom 309 (with Mac McNeilly, future drummer of The Jesus Lizard) and Dirt, before settling in Chicago where he formed Mount Shasta, one of the founding SKiN GRAFT Records acts. Mount Shasta went on to release three albums and a collaborative LP with Japan's Space Streakings before disbanding.

Forbes then formed Tijuana Hercules, initially taking inspiration from obscure rock, blues, and gospel songs from the '50s and '60s. The band later gamma-radiated those threads into something altogether different in the labs of Forbes's own Frogg Mountain Recording Studio, located squarely within Chicago’s historic meat-packing district.

“This is a band that has proven itself to be one tough piece of meat.” - John Vernon Forbes as quoted in New City